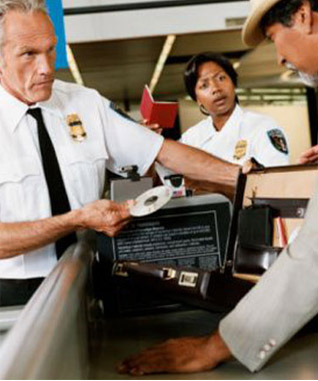 We have former FBI and Police trained private investigators that have the knowledge, skill, experience and training to provide effective and professional criminal defense investigations.

Hiring a professional private investigator to investigate criminal charges brought against you by the Police is as important as hiring an attorney.

Why do I need a private investigator to handle your Criminal Defense Investigation?

Don’t let your attorney or anyone tell you that you don’t need your own investigator. Being a former Police Officer and former FBI Agent, I know there are always two sides to the truth. During my 25-year career, I have seen many people get prison and probation sentences because there was no one willing to investigate their side of the truth. I have seen lawyers all over the state work out plea bargains, probation and prison sentences for clients when they were not always necessary.

Here are some facts to consider when you are facing criminal charges:

Recently I worked with a family that spent $40,000 on an attorney for their son who was facing a murder trial. Their son had No prior criminal record and there were several questions and leads that were not followed up on by the police. There was evidence that suggested their son’s actions were self-defense. They allowed their lawyer to hire the private investigator. The private investigator hired by the lawyer was unable to locate a key female witness. Their son was convicted of “Murder” and sentenced to 99-years in prison.

After their son had been in prison for five years, the family hired me to locate the female witness. In three days, I found the female witness and obtained a statement from her that resulted in the charges against their son being reduced from “Murder” to “Manslaughter”. The case is now in the appeal process. The family later told me if they had hired me five years ago their son might be at home instead of in prison.

When I asked the family why they allowed the lawyer to hire the private investigator, they responded; “We trusted him and we did not know any private investigators”. This family’s misfortune is like many who are involved in the criminal justice system.

Earlier this year we worked a case where our client was arrested and charged with Aggravated Assault with a Deadly Weapon. The incident started when our client was attacked by several male subject boys while at a party. Our client was forced to discharge his firearm in self-defense. Our client had No prior criminal record and he had a canceled handgun permit to carry the firearm. I located three key witnesses (who the police did not bother to interview) and they gave written statements saying that the client acted in self defense. These written statements alone with there court testimony resulted in our client case being No Billed by the Grand Jury and the charged were dismissed.

These are just a few of the stories that are the driving force behind our firm offering private investigations in criminal defense cases. As you can see, having an experienced private investigator working with a good lawyer will increase your chances of your case being dismissed or the charges getting reduced.

Eric Rhodes is presently the Director of Investigations for THE INVESTIGATIVE FIRM in Houston, Texas. Eric Rhodes has been a frequent speaker on subjects of private criminal defense investigations, security and risk management consulting. Mr. Rhodes has appeared on many radio, newspaper and television shows including KVUE TV in Austin, Texas, the Dallas Business Journal the San Bernardino, California Sun Newspaper and WZZA-Radio.

For more information on this topic or to discuss your case call Eric Rhodes at (713) 322-0102 or erhodes@theinvfirm.com.